I have learned over the years that some relationships are not healthy for me mentally as well as physically. Allowing yourself to be in a relationship when you are learning to handle your mental health properly *DEPRESSION, ANXIETY, LOW SELF EESTEM* taught me the hardway that sometimes the best relationship you have to first concentrate on is the one you must have with yourself. I know a few women (which I was in fact one of them) who are battling Depression foolishly think that the love of another person romanticly would replace the love I should have for myself. I have said this statement plenty of times before…“How can you accept the love of another and think it’s true…when you do not even love yourself?”
Speaking from experience I opened myself up to a guy who at first was actually just a friend who I *THOUGHT*  was a standup guy. When it comes to any relationship in my past most guys would say I was “cold, mean, or unreadable” but to the guys I opened up to *which is extremely small amount* would compare me to the candy “Sour Patch Kids” because *first I’m sour then I’m sweet*. Due to the fact I would look a total mess but he would constantly shower me with compliments among being there for me while I was at lowest….my guard slowly dropped. When things were good everything was fine but slowly I would see a shift when things did not go his way. The frequent “I love you” turned into “I hate you”. At first when you are in a *Depressed* state of mind like most you put the blame on yourself  because clearly I thought for him to treat me in that manner I was at fault not him. 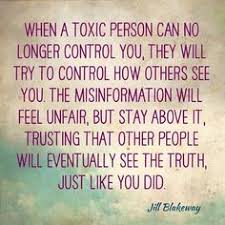 For many months I acted like everything was fine to my friends and family because to them most thought he was the greatest boyfriend ever! Stupidly…I allowed him to use my depression and insecurities against me and hold me hostage mentally. Any guy that would contact me for any reason at all in his mind I was cheating on him with…no matter if the guy was a friend of the family married with kids & old enough to be my grandfather. Allow me to explain the signs now looking back I avoided because I did not love myself enough to recognize the toxicity of the relationship in hopes if someone is going through this same kind of situation STOP!!! RUN TO THE NEAREST EXIT & DO NOT *I REPEAT* DO LOOK BACK🚫❌🚨❗

Can you imagine a simple mistake of a birthday date would end up with having a ripped up card thrown in my face?

Can you imagine one missed phone call would end up with a pop up at the location I was in?

Can you imagine walking away from a argument would end up with not being able to sleep because HE had to always make me agree to whatever he wanted? Imagine three hours of him talking at me to the point I agreed to whatever in order to have peace!!!

Any gifts I received was either thrown at me or destroyed…His Dr. Jekyll and Mr. Hyde personality started at first every couple of months but quickly turned into serveral times a week. I have no hard feelings toward him and like always I forgave myself first…in return I forgiven him as well. I sum it up to another life lesson learned and that particular chapter in my book *OVER*.